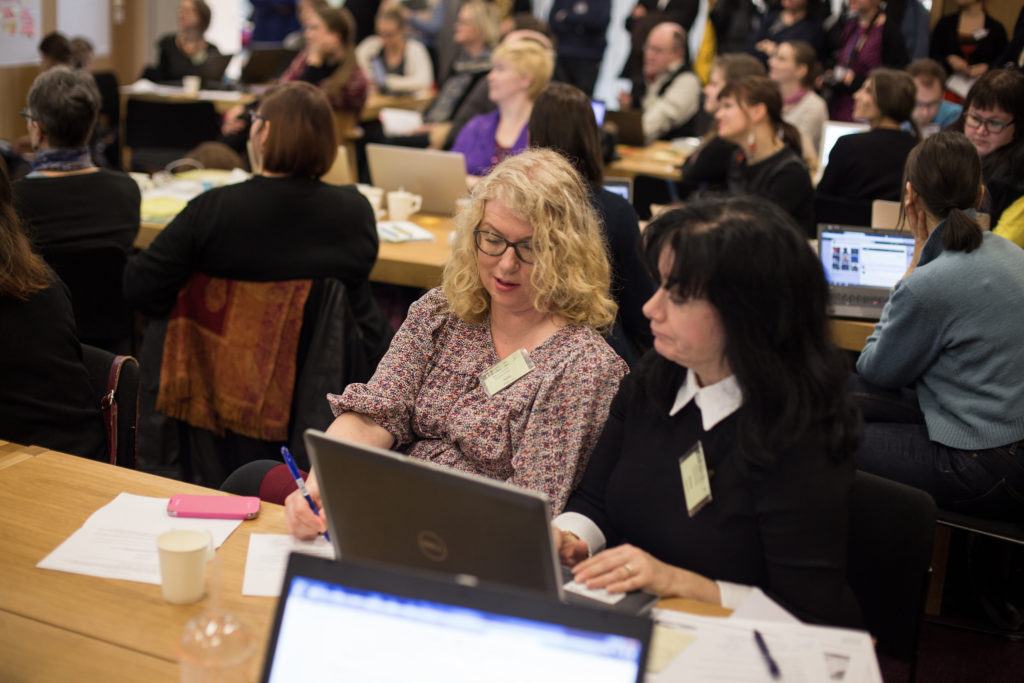 The largest editing event by now to Finnish Wikipedia was organized in International Women´s Day in March 8, 2016 in Helsinki Finland under title ”One hundred women into Wikipedia”. Photo:: Teemu Perhiö / CC BY SA 4.0

In 29th August 2016, an article titled Praksiteleen Hermes (Hermes and the Infant Dionysus) was written into Finnish Wikipedia. It was the 400 000th article in this net published encyclopedia.

More than half of the page visitors in Finnish Wikipedia have been mobile users since autumn 2015. This is probably a consequence of long mobile user history and large spread of mobile device in Finland.

This years´ Wikipedia 15th anniversary follows the 15th birthday of Finnish Wikipedia in February 2017. Next year Finland will celebrate her 100th year of independence. The community of Finnish Wikipedia will celebrate this by translating one hundred most central articles concerning Finland into other languages. In 2017, an international translation competition will be launched, where we expect participants from tens of different language Wikipedia.

The contents of Finnish Wikipedia have also been developed in collaboration with cultural and memory organizations. More than hundred people participated in a Wikipedia editing event in March International Womens´ Day in Helsinki, creating articles of women. Editing events if Finland have been organized in many parts of the country, in Pori, Oulu and Rovaniemi.

Wikimedia Suomi, a chapter of Wikimedia Foundation, is an association that backs up the volunteer driven net publication and their sister forums. The non-profit association that is funded by the Foundation, organizes, coordinates and promotes various Wikimedia related events. Among them is a study of Wikipedia, where experience, motives, styles and groups of Wikipedia readers and editors are researched.