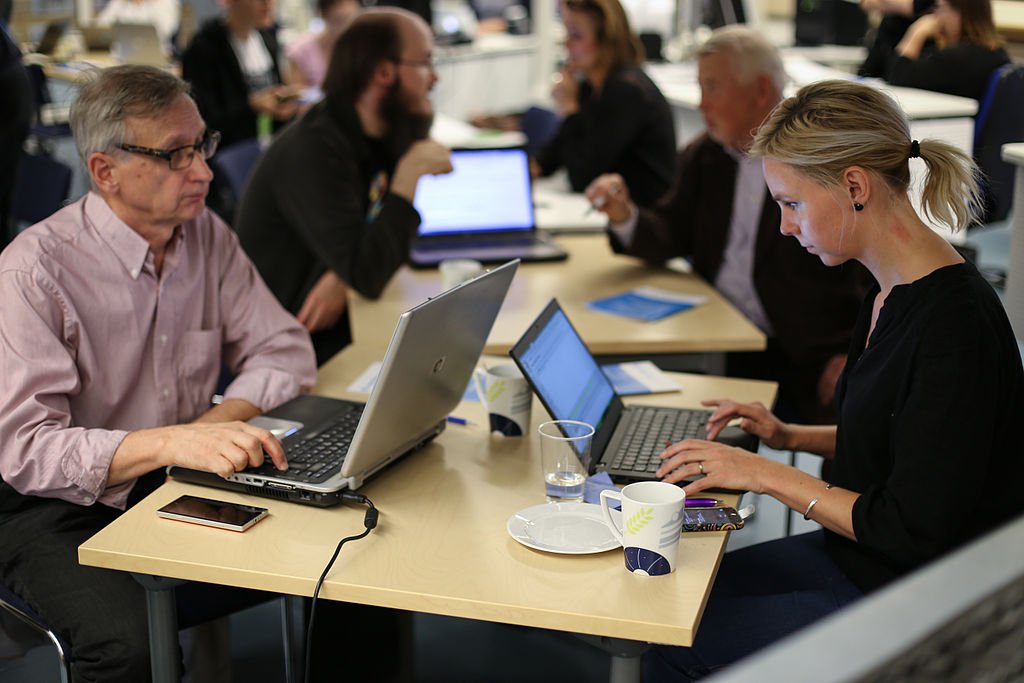 The editathon gatherings are held at various organisation locations, where the participants get a ”look behind the scenes” – the organisations show their archives and present their field of expertise. The course also provides a great opportunity to learn basics of Wikipedia, as experienced wikipedian Juha Kämäräinen gives lectures at each gathering. 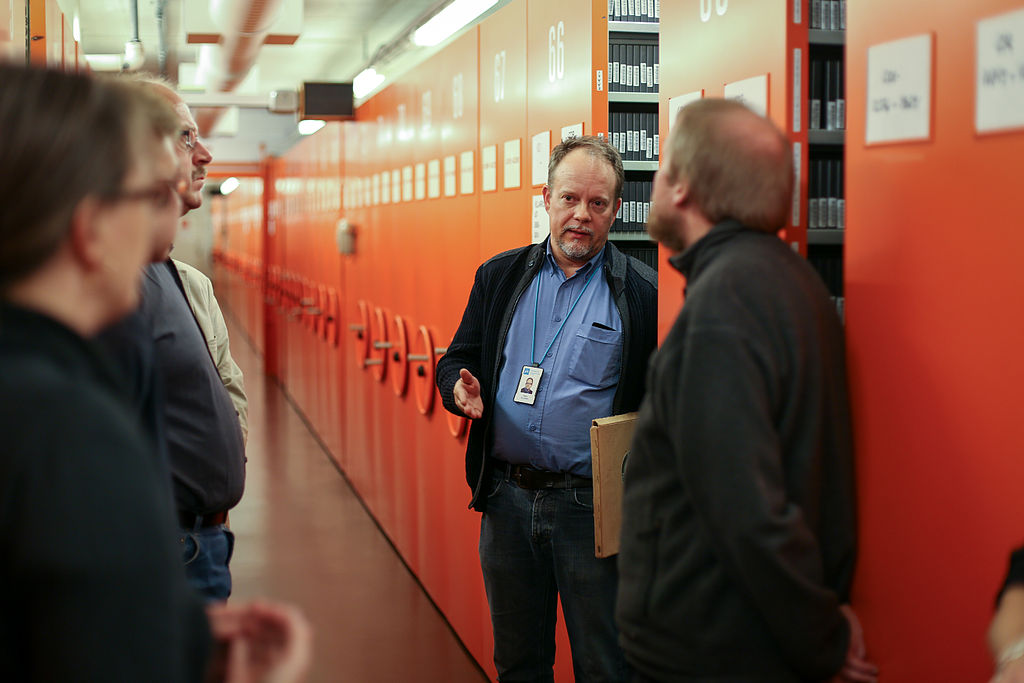 The first course gathering was held at the Archives of the Finnish Broadcasting Company Yle on 2nd October. The course attendees got familiar with the Wikipedia editor and added information to Wikipedia about the history of Finnish television and radio. The representatives of Yle also gave a tour of the tape and record archives. Quality images that Yle opened earlier this year were added to articles.

Course attendee Maria Koskijoki appreciated the possibility to get started without prior knowledge.

”The people at Yle offered themes of suitable size. I also got help in finding source material.” 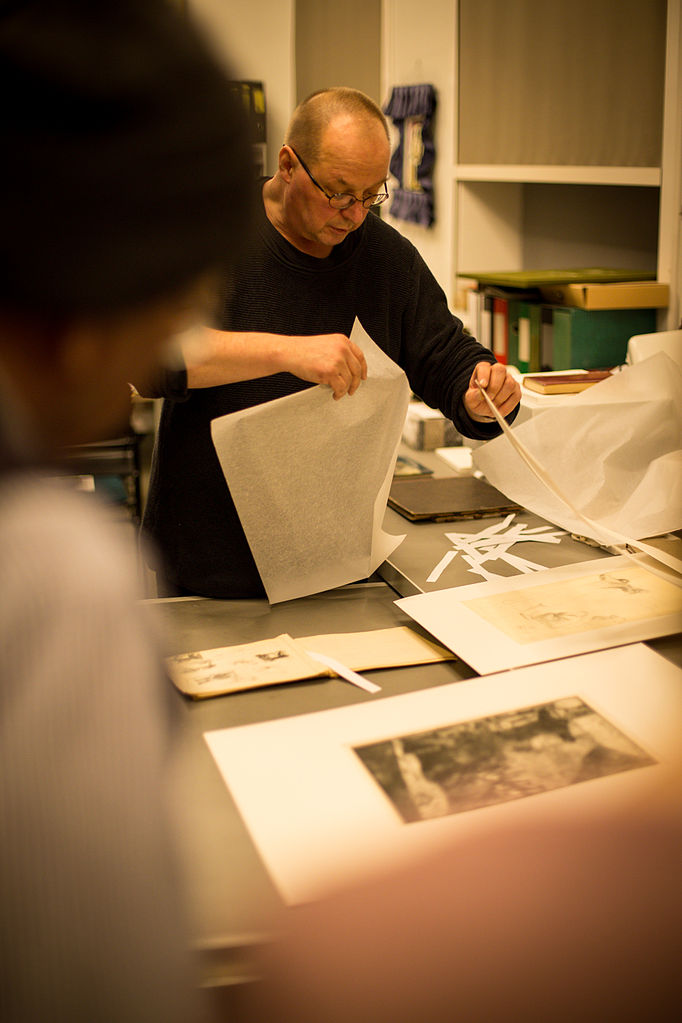 This kind of course is a new model of cooperation with GLAM organisations. The other cooperating organisations are Svenska litteratursällskapet i Finland, The Finnish National Gallery, Helsinki City Library, The Finnish Museum of Photography and Helsinki Art Museum. Wikimedia Finland’s goal is to encourage organisations in opening their high-quality materials to a wider audience.

There are many ways to upload media content to Wikimedia Commons. One of the new methods is using GLAMWiki Toolset for batch uploads. Wikimedia Finland invited the senior developer of the project, Dan Entous, to hold a GW Toolset workshop for the representatives of GLAMs and staff of Wikimedia Finland in Sebtember before the beginning of the course. The workshop was first of its kind outside Netherlands.

Course coordinator Sanna Hirvonen says that GLAM organisations have begun to see Wikipedia as a good channel to share their specialised knowledge.

“People find the information from Wikipedia more easily than from the homepages of the organisations.”

This isn’t the first time that Wikimedians and culture organisations in Finland co-operate: last year The Museum of Contemporary Art Kiasma organised a 24-hour Wikimarathon in collaboration with Wikimedia Finland. Over 50 participants added information about art and artists to Wikipedia. Wiki workshops have been held at the Rupriikki Media Museum in Tampere and in Ateneum Art Museum, Helsinki. 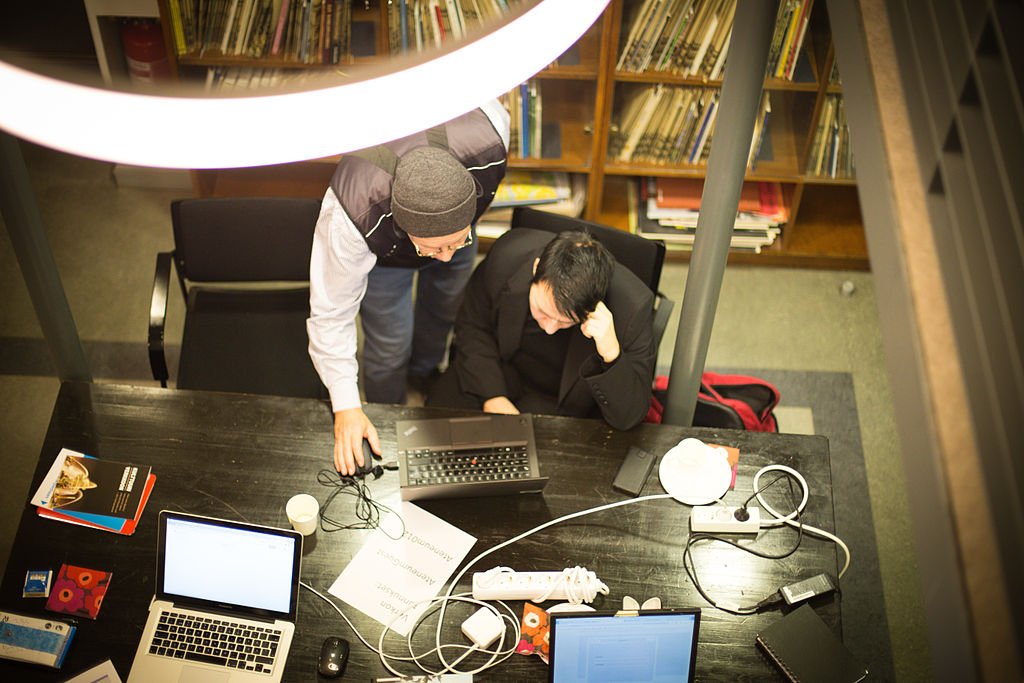 Wikipedian guiding a newcomer at the Ateneum Arts Museum.

Images taken on the course can be viewed in Wikimedia Commons.
All Photos by Teemu Perhiö. CC-BY-SA 4.0.